Am I eligible for the federal pretrial release program? 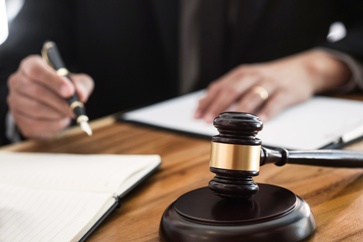 What is typically known as “getting out on bail” in state criminal cases is often called “pretrial release” in federal cases. Whether you will be granted a release in your federal case will depend on a number of factors. The first and probably most important thing you can do to increase your chances of being released until your trial is to hire an experienced federal criminal defense attorney. When you work with the Izquierdo Law Firm in Miami, you can be sure that we will do everything we can to get you released.

What the Courts Will Consider When Granting a Release

Federal courts are generally in favor of pretrial release, particularly for first-time and nonviolent offenders. In order to have you held in jail until your trial, a federal prosecutor will have the burden of proving with clear and convincing evidence that you:

In Florida, most defendants in federal drug cases are considered to be a danger to the community and are unlikely to be granted pretrial release. If the prosecutor argues that you should be held in jail, your defense attorney will have to counter the evidence presented at the detention hearing. If he is unsuccessful, you will be held in federal prison until your trial.

If you are granted a release, it is up to the judge in your case to set the conditions. The terms of your release can include any or all of the following:

If you violate any of the conditions set for you, your release will be revoked, and you will be sent to prison to await trial.

Hire the Best Federal Defense Attorney You Can Afford

Attorney Danny Izquierdo understands the importance of obtaining a pretrial release and will do all he can to fight for your freedom. It can take months for your trial to be scheduled, and sitting in prison is the worst place you could be while you wait. If you are arrested and charged with a federal crime in the Miami area, contact Danny as soon as possible as for a free case evaluation. He will also explain your chances of getting a pretrial release.