Even if you have been through the court system before, you may not have experienced a federal prosecution. While there are, of course, many similarities between how the state of Florida investigates and charges a suspect and how the federal government handles it, there are also significant differences. We outline the steps involved in a federal criminal prosecution to help our clients understand and prepare for the process.

Will You Be in State or Federal Court?

You won’t have to guess which court is handling your case. It will be clear from the outset whether you are being investigated by federal authorities—such as the FBI or DEA—or 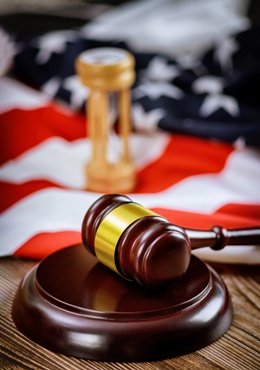 state or local authorities—Miami PD or Florida Highway Patrol, for example. At the state or local level, charges will be filed by prosecutors or district attorneys, while federal cases are filed by U.S. Attorneys. It is important that the defense attorney you hire is admitted to practice law in the appropriate court. Attorney Danny Izquierdo is experienced in both state and federal criminal courts.

Steps in Most Federal Criminal Prosecutions

Depending on the complexity of the case, there could be fewer steps, or there could be many more. Also, depending on the details of a particular case, more or less time could be spent at each step. A federal defense attorney will keep clients informed of their rights and responsibilities at each stage. In general, however, federal criminal charges follow these steps:

Federal crimes are investigated by an agency such as the FBI, DEA, ATF, ICE, or Homeland Security. Just like in state cases, federal agents have to have a search warrant to enter a home to look for evidence. As soon as a defendant is aware that they are being investigated, they should contact an attorney.

If the U.S. Attorney believes there is sufficient evidence to prove that the defendant committed a felony, they will present the evidence to a Grand Jury. The Grand Jury is made up of citizens, just like a jury at trial, who will vote on the evidence presented to them and either issue an indictment or not. Defendants and their attorneys cannot attend Grand Jury proceedings.

Either the same day or the day after an arrest is made, the defendant appears before a judge to hear the charges against him. The judge will decide if the defendant must be held in prison or qualifies for pre-trial release.

Prosecutors must provide a list of witnesses and an inventory of evidence they intend to use at trial to the defendant and his attorney. This is called discovery and is an ongoing process, from the arrest to the time of trial.

Making a deal with the U.S. Attorney might be in the defendant’s best interest to avoid trial and a lengthier prison sentence. If a deal is reached, there will be no trial, and the case will proceed to sentencing. A defendant should always rely on their attorney’s advice when considering a plea deal.

If a preliminary hearing is scheduled, the judge will hear the basics of the case in a kind of mini-trial. If the judge believes there is sufficient evidence to proceed to trial, he will schedule a date for trial. If not, he will dismiss the charges against the defendant.

Federal trials are similar to trials in other courts. A jury will be selected, witnesses will be called, evidence will be presented, and a verdict will be reached. This process can take many weeks, and defendants need an experienced, aggressive advocate representing them throughout the trial.

If the defendant is convicted, their attorney can file a motion for a new trial or acquittal or a motion to vacate a verdict, if certain conditions are met. These kinds of motions are rarely granted unless procedural rules were violated by the judge or the U.S. Attorney’s office.

Sentencing may happen a few months after the verdict is reached. Some federal crimes carry mandatory minimum sentences, but the defense attorney will present aggravating or mitigating factors to try to get the best possible sentence for his client.

This is a very brief overview of what can be an incredibly complex process. We provide it to give you a general idea of what you are facing, but it cannot replace the information we will provide when you schedule a Free 4-Point Case Evaluation and Defense Strategy Session by calling (305) 707-7345. Don’t leave your future to chance. Contact us today.