When You Might Be Able to Appeal a Federal Criminal Conviction 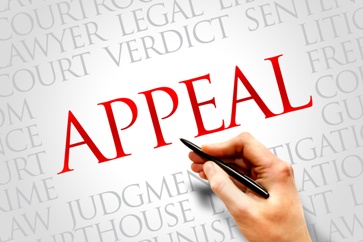 A guilty verdict in a federal criminal trial is certainly not what you hoped for, but it might not be the end of the road. An experienced and committed defense attorney will pursue an appeal if there are grounds to do so. A conviction in federal court for drug trafficking, money laundering, internet crimes, fraud, or an immigration-related offense could put you away for a very long time. Your last best hope might be filing an appeal.

An Appeal Is Not a Retrial

The first thing to understand is that an appeal is not a do-over. It is not an opportunity to present new evidence, call different witnesses, or work with a different defense attorney. Instead, it is a review of the trial that has already happened by a federal appellate judge. The defense attorney files a brief that outlines what he believes went wrong in district court, and the prosecutor files a brief responding to these claims. Documents and physical evidence from the trial are also sent to the appellate court to be examined by the judge. While the appeal process can take many months, a defendant only has ten days after the verdict is read to file a notice of appeal. This is a document that states the intention to file an appeal. This is not generally a problem if your original defense attorney is handling the appeal, but if you are appealing without their assistance, you will have to quickly find another attorney or file the notice yourself.

No one is happy with a guilty verdict, but not being happy with the outcome is not a sufficient reason to file an appeal. Your attorney will have to show that a legal error or misjudgment occurred. Typical grounds for filing a federal appeal include:

Grounds for appeal are usually based on highly technical legal issues that an experienced defense attorney will be well aware of. Often, these points are objected to during the trial but can only be remedied through an appeal. If your original defense attorney is not considering the possibility of an appeal, you should contact another attorney.

Unlike a direct appeal, a collateral appeal—also referred to as post-conviction relief—is not necessarily based on procedural issues. If you believe your original attorney did a poor job of defending you at trial or new evidence has come to light that could change the verdict, you can file a collateral appeal—usually with the same court in which you were tried. These appeals are discretionary, meaning the judge is not obligated to hear it, so they should be handled by an experienced federal defense attorney. If the appeal is granted, you could get a new trial. These appeals are not subject to the same 10-day limitation as a direct appeal.

The Federal Appeals Process Is Not Easy

Unlike what we often see on TV and in movies, appealing a federal criminal conviction is not a sure bet and can have serious drawbacks. After filing an almost immediate direct appeal, you will likely wait many months—possibly over a year or more—before a decision is made. In the meantime, you will begin to serve the sentence you were given when you were convicted. The outcome of an appeal is rarely an outright acquittal. Usually, a successful appeal ends in a new trial, and the process will start all over again. Appealing a conviction is also very expensive. Because successful direct appeals are based on procedural errors, preparing a brief can require many hours of research by the attorney and his team. Particularly for complicated white-collar financial crimes, these billable hours will add up quickly. You must be prepared for the potential of a long and costly process.