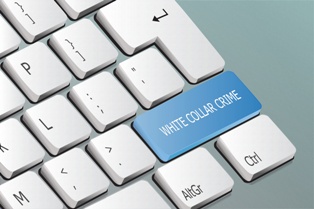 The term “white collar crime” applies to a variety of non-violent financial crimes committed by professionals who are often positioned inside the institution from which they are stealing. These crimes include embezzlement, identity theft, money laundering, insider trading, mail and wire fraud, and tax evasion. Investigations into these crimes can be conducted by local or state authorities—resulting in state charges—or by federal authorities such as the FBI—resulting in federal charges. It is important to understand who is charging you because the consequences you face could be dramatically different.

When Does a White Collar Crime Come Under Federal Jurisdiction?

The perpetrator of a white collar crime has often broken both state and federal laws. Whether state or federal prosecutors pursue the charges depends on the specific situation. If the criminal activity takes place in more than one state, the charges will likely come from federal authorities. For example, wire or mail fraud could be charged as a federal crime if the defendant has targeted victims outside of Florida. Investigations into suspected white collar criminal activity can be initiated by either local or state police or by the FBI and could be passed from one authority to the other at any point. A white collar crime that involves a great deal of money or many victims could be upgraded to a federal charge even if it does not cross state lines.

Does it Matter Whether I am Charged in State or Federal Court?

Because the consequences for federal crimes can be much more severe than the consequences for the same crime at the state level, it does matter which court is charging you. In addition, not all criminal defense attorneys take federal cases. If you are being investigated for a white collar crime in Florida, you should be working with an attorney who handles both state and federal cases. When you meet with Attorney Daniel Izquierdo for a free 4-Point Case Evaluation and Defense Strategy Session, he will help you understand the differences between state and federal charges and will be prepared to defend you in either court. If possible, he will fight to keep your charges in state court to avoid harsh federal sentencing requirements.