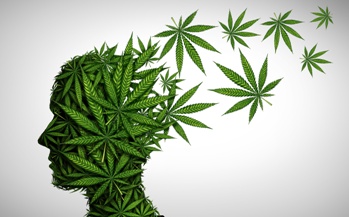 Contrary to popular belief, DUI in Florida is not limited to drunk driving. In fact, DUI stands for Driving Under the Influence, and the statute applies to the influence of alcohol, chemical substances, and controlled substances. That means that whether you are pulled over for suspicion of drunk driving or drugged driving, the penalties will be the same if you are convicted. It would be a mistake to not take a charge seriously because you were not drinking alcohol. If you have been arrested for driving under the influence of drugs, it is important that you call an experienced DUI defense attorney to help you fight the charge.

A variety of drugs—from illegal street drugs to prescription medication—can impair a driver’s ability to safely control a vehicle. The effects of smoking marijuana on driving are similar to the effects of drinking alcohol and include the following:

When a driver is under the influence of marijuana, it won’t matter to the police officer whether he has a prescription for medical marijuana. This is similar to alcohol use. It is legal to drink alcohol if you are over the age of 21, but it is illegal to drive when you have had too much to drink. If, however, you do not have a prescription for medical marijuana and you have the drug in your possession, you could face additional criminal charges for beyond just a DUI.

How Drugs Are Detected in Drivers

If a police officer sees that a driver is drifting out of his lane, speeding, driving too slowly, following other vehicles too closely, or demonstrating other erratic behavior, he can pull the driver over on suspicion of driving under the influence. He can then request that you submit to a sobriety test. Because a breathalyzer test can only detect blood alcohol content, you will be asked to take a blood or urine test if drug use is suspected. As a licensed driver in Florida, the state assumes that you have already consented to taking a sobriety test, so refusing to submit to a test can lead to a misdemeanor criminal charge, which carries a penalty of up to one year in jail.

Unlike alcohol, there is no legal limit for the presence of THC from marijuana in your bloodstream, so these cases can be more difficult to prosecute and more difficult to defend. However, it is up to the prosecutor to prove the following:

The police statement is enough to prove the first of these claims, and the blood or urine test will confirm the second claim. However, it is harder for prosecutors to prove that your driving ability was impaired by marijuana use. The state’s case may include a drug recognition expert, testimony about your behavior by the arresting officer, and the results of a search of your vehicle. Your defense attorney will offer evidence to dispute this evidence and he may also be able to show that the traffic stop was illegal or that the officer conducted an illegal search of your vehicle.