Can I be charged with DUI if I have a prescription for medical marijuana? 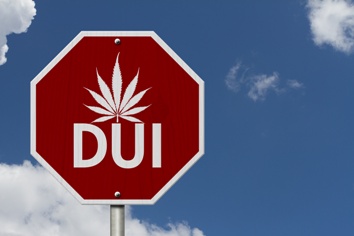 The fact that marijuana is now legal for some people in Florida might cloud the issue of driving under the influence, but it shouldn’t. The reality is that if a police officer believes your ability to safely operate a vehicle has been impaired by any substance—legal or not—you can be charged with driving under the influence. However, it can be more difficult for a prosecutor to make his case against you if you have been smoking marijuana for medicinal purposes, so you should contact a DUI defense attorney when you are arrested.

In March of 2019, Florida Governor Ron DeSantis signed legislation to make the use of marijuana for medical purposes legal, two years after voters approved a constitutional amendment. In January of 2020, legislation was introduced in the Florida House and Senate to legalize and regulate cannabis for adults over the age of 21, so it’s possible that marijuana will be legal for everyone in the next few years. However, even if marijuana becomes legal for recreational use, you would still be breaking the law if you drive after smoking it. While some states have set legal limits for the amount of THC you can have in your blood—similar to alcohol BAC—Florida has not. The legal standard here is that you are “under the influence or affected” by THC.

Defending a DUI for Medical Marijuana

If you were charged with DUI, tested positive for any amount of THC, and have a prescription for medical marijuana, an experienced DUI defense attorney might be able to defend you against the charge. If we can make the case that your ability to operate your vehicle was not impaired, you could avoid a DUI conviction. To make the case, we would seek evidence from traffic cameras or eyewitnesses that you were not driving erratically.

However, if your use of marijuana was not legal, it will be much harder to fight the charge. Much like a driver under the age of 21 who has a small amount of alcohol in his system, you could be charged with a DUI even if your driving ability was not impaired.