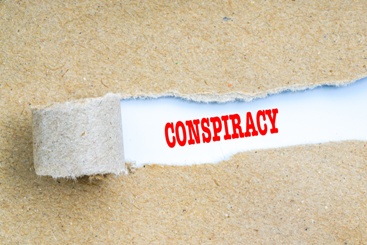 If you are suspected of being involved in a federal crime, such as drug trafficking or fraud, you may be charged with conspiracy. Even if you had nothing to do with the actual crime, this charge should be taken seriously. Federal prosecutors may be using the charge to get information from you about the criminals they really want, but that is no reason to take your arrest lightly. A federal conspiracy conviction carries large fines and extended prison time, so the sooner you talk to a federal defense attorney, the better off you will be.

A conspiracy is an agreement between two or more people to commit a crime. In order to charge someone with conspiracy, the suspects must have also carried out at least one action towards accomplishing the goal of the agreement. For example, if two people simply discuss robbing a bank, they cannot be charged with conspiracy. However, if they purchase a gun or take photographs of the bank, they could be charged. The most common federal conspiracy charges involve drug trafficking and various forms of fraud.

Why Would You Be Charged With Conspiracy?

Generally speaking, conspiracy is a lesser offense than the crime being planned, so why would prosecutors bother to pursue it? If more than one person is suspected of the crime, a conspiracy charge could be a way to turn them against each other and provide the evidence necessary for a conviction. Often, people who had nothing to do with committing the crime, but are believed to know something about it, may be charged with conspiracy to force them to testify against the true target of the investigation. If this is your situation, it is important that you take the charge very seriously and speak to a defense attorney right away.

You Could Go to Jail for a Long Time

Federal sentencing guidelines for conspiracy charges are based on the crime at the center of the conspiracy. For example, if you are charged with conspiring to commit a felony, you could face a sentence of life in prison. Many federal conspiracy charges carry a 5, 10 or 20-year mandatory minimum prison sentence. However, the important thing to remember is that these sentences can be negotiated based on the information you have to give. If you are charged with federal conspiracy, a plea deal might be your best strategy, but you will need a skilled defense attorney to help you get the best possible deal.

Attorney Daniel Izquierdo has successfully defended clients charged with conspiracy, and he would be happy to discuss options for your defense. If he believes he can help you protect your freedom and your future, he will take your case and fight for you. Call us at 305.707.7345 to review your case today.