PPP Borrowers Continue to Be Charged With Fraud in Florida 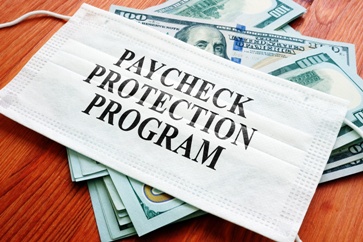 Since the first arrests back in May, the Department of Justice (DOJ) has continued to investigate and arrest PPP recipients on various fraud charges. Floridians have not escaped scrutiny, and several high-profile arrests have happened across the state and in the Miami area.

The DOJ has vowed to aggressively pursue people suspected of defrauding the Paycheck Protection Program and other CARES Act initiatives, including the Economic Injury Disaster Loan program. While these cases are still making their way through the federal court system, recent activity includes:

As of mid-September, nearly 60 individuals have been charged with PPP fraud, but that number seems to be the tip of the iceberg.

How People Are Breaking the Law

So far, the DOJ believes that about $175 million has been stolen from lenders and the federal government in PPP scams. Most of the cases fall into one of these categories:

Fraud is a broad category of crimes, and if you have received a PPP loan, you could be suspected of and investigated for wire fraud, making a false statement, identity theft, and a host of other crimes.

Are You Being Investigated Regarding Paycheck Protection Program Fraud in Miami?

If you are suspected of PPP fraud, you need an experienced criminal defense attorney in Miami. Please feel free to contact me online or to call my Coral Gables office directly at 305.707.7345. You can also request my free book The Ultimate Guide To Fighting Criminal Charges In Florida, a detailed download discussing the myths often associated with criminal charges, what to expect from your criminal court proceedings, and important steps to take to protect your freedom.