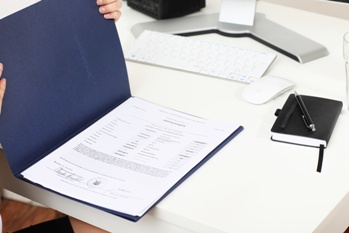 If you have been arrested and charged with a sex crime in Florida, you have rights like any other criminal defendant. You have the right to know what you are being charged with and to hire an attorney before you give a statement to the police—which the Izquierdo Law Firm highly recommends you do. When facing an accusation of rape or sexual assault, it is especially important to protect your right to see the evidence the prosecution has against you. In this article, we explain why and take a look at the criminal process.

Is it Just Her Word Against Yours?

Sometimes in sexual battery cases, the only evidence the prosecution has is the accuser’s statement. If you are innocent of the charges, you may believe there couldn’t possibly be any other evidence. That is why it is so important for the defense team to know if the prosecution has additional evidence, such as witness statements, video footage, or DNA. Under Florida’s Rules of Criminal Procedure, the prosecution will have to disclose this evidence during a process known as discovery.

What Kind of Evidence Is Disclosed During Discovery?

After charges are formally filed against you, your attorney will file a notice of discovery, which will require the prosecution to disclose any evidence they collect. It also obligates your defense attorney to reveal any evidence he has collected and plans to present on your behalf in court. Within 15 days of filing the notice of discovery, the prosecution will have to disclose and allow the defendant to inspect, copy, test, and photograph evidence, including the following:

In addition to these specific materials and documents, the prosecutor is required to disclose to the defendant any information within the state’s possession or control that negates the guilt of the defendant. This is known as exculpatory evidence and could get a case dismissed.

The point of the discovery process is to ensure the fairness of a criminal trial, but also to facilitate settlement of cases before going to trial, which saves the state time and money.

While we are discussing evidence in sexual assault cases, it’s important to note that many states, including Florida, have what is known as a rape shield law. This law limits the kind of evidence a defendant may introduce in his own defense, including any evidence of the victim’s past sexual conduct. In Florida, defendants are barred from introducing evidence of the victims' prior consensual sexual relationships. These laws were put in place to protect the privacy and character of sexual assault victims.

Allow Your Attorney to Do His Job

Sexual battery charges are very serious. You may believe that you will not be convicted because there couldn’t possibly be evidence against you, but you would be taking a big risk if you don’t hire an experienced private attorney to represent you.