Aggravated DUI Is a Serious Offense in Florida 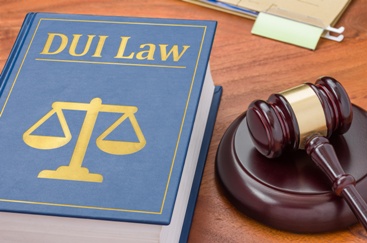 All DUIs are the same, right? Wrong! In fact, when you are pulled over on suspicion of driving under the influence, you could face a variety of charges and a range of potential penalties. For example, if this is your first DUI arrest, you have many more options than if it is your third arrest. If you did not crash or cause an accident, your defense will look different than if you are accused of endangering another person or killing someone. When you hire a DUI attorney to defend you, it’s important that he is experienced in all types of DUI charges so that he can pursue the best possible outcome. This is especially true if you are charged with aggravated DUI.

What Is Aggravated DUI?

When prosecutors decide that certain circumstances “aggravate” a DUI arrest, they can enhance the charges the defendant will face. While other DUIs are usually charged as misdemeanors, an enhanced DUI is a felony. That means it carries harsher penalties and will have a more extreme effect on your future. In Florida, the following situations will likely aggravate a DUI charge to a felony:

You are a repeat offender.

With each drunk driving arrest, the consequences you face become harsher. If you have two prior DUI convictions and you are convicted for a third time within ten years of the second conviction, the crime becomes a third-degree felony, as will any future arrests.

There is a child in the car.

If you are pulled over for drunk driving, and your children are in the car with you, you could be charged with a felony for endangering their lives. You could face this charge even on your first DUI arrest, and even if you are not “super drunk.”

There is a crash.

If you are discovered to be under the influence after a crash has occurred—even if no other cars were involved and no one was injured—your DUI charges could be upgraded to a felony.

Whether it is an occupant of your car, the driver or passenger in another car, or a pedestrian, if someone was injured in an accident involving alcohol, the DUI will likely be charged as a felony.

Whether DUI charges are aggravated is up to the prosecutor assigned to your case, and they can charge you with a felony for almost any reason.

Protect Yourself From the Harshest Penalties

By hiring a skilled DUI defense attorney, you may be able to avoid felony DUI charges, or at least avoid the harshest sentence if you are convicted. Some of the penalties you may face for an aggravated DUI include:

These consequences will take a major toll on your family and your future. Depending on how the arrest occurred, how the breathalyzer test was administered, how your previous record is viewed, and many other factors, your attorney will build a defense to get you the best possible outcome.