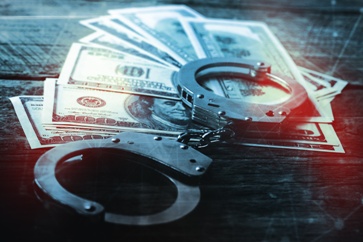 If you’re like the average American, you’ve heard the term money laundering, but you don’t know exactly what it is. You might have even binge-watched all three seasons of Ozark on Netflix and still not understand what it means to launder money. However, if you are being investigated for this crime—or have already been charged—you will have to get up to speed quickly—and find a defense attorney who understands the best approaches for building a defense.

Simply put, money laundering is the illegal process of making large amounts of money obtained through a criminal activity appear to have been earned legitimately. Money gained through drug trafficking, prostitution rings, selling stolen goods, etc., is considered to be “dirty” money. Passing it through a legal enterprise of some kind “cleans” or launders the cash. Criminal operations that deal with a lot of cash often run a legitimate business, such as a store or restaurant, for the sole purpose of filtering the proceeds of the criminal activity through it and into legitimate bank accounts. This is a classic example of a money laundering operation. Today, money may be laundered through the high-tech world of cybercurrency, online auctions, mobile phone peer-to-peer money transfers, and more.

Everyone has a right to fair treatment under the law and to defend themselves when they have been charged with a crime. If you have been accused of illegally laundering money, you will need an attorney with the knowledge and experience to investigate the accusation and build a defense. Depending on the circumstances, your attorney may be able to provide evidence to show one or more of the following:

Your attorney needs to have a working knowledge of financial matters to be able to build a defense to money laundering, and must be admitted to appear in federal court, as many money laundering charges are under federal jurisdiction. Attorney Danny Izquierdo is an experienced federal defense attorney in Miami who offers free case evaluations and defense strategies to prospective clients.