If You Are Facing CARES Act Fraud Charges, We Can Help!

As the Department of Justice (DOJ) continues to investigate suspected cases of federal CARES Act fraud, people who have received funds through their various programs are in danger of being charged. If you successfully applied for a loan through the Paycheck Protection Program (PPP) or the Economic Injury Disaster Loan (EIDL) program or qualified 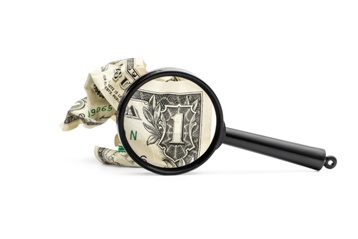 for Federal Pandemic Unemployment Compensation (FPUC), you could still be a target of a federal investigation. If you are being investigated or have been charged, you need a federal defense attorney representing you.

What the Feds Are Looking for

As we have discussed in previous blogs, the federal government rushed these relief programs out so quickly that a lot of mistakes were made in processing applications. In response, the DOJ, Small Business Administration (SBA), and other law enforcement agencies have gone after recipients of the loans who they think have engaged in suspicious behavior. In general, these agencies are looking to arrest:

Many people have been caught after buying luxury items soon after receiving PPP or EIDL funds.

In other cases, groups of people have launched coordinated efforts to steal identities, set up fake companies, and open offshore accounts to defraud the government.

Recipients who lied on their applications.

Making false statements to a federal agency is a crime. The SBA says they are looking for people who lied about their situation to get loans or unemployment benefits.

Federal law enforcement agencies are casting a wide net to try to identify people who might have committed CARES Act fraud, and when that happens, innocent people get caught up as well.