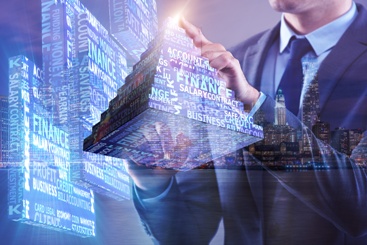 Known as multi-level marketing (MLM) companies, businesses where employees recruit and manage new employees, and they, in turn, recruit more people, are not uncommon. Companies like Amway, Pampered Chef, Herbalife, and Avon have provided opportunities for many people to earn a little extra money or to build a profitable business, depending on the amount of work they put in. However, there is a fine line between this kind of business structure and what is considered a pyramid or Ponzi scheme. Before you get involved in the wrong kind of pyramid, learn the difference here.

What Is Illegal When it Comes to Multi-Level Marketing?

While critics don’t see much of a difference between an illegal pyramid scheme and a legitimate MLM company, the Federal Trade Commission (FTC) does. According to the FTC, as long as the company makes money primarily from the sale of products to end-users and not through the recruitment of more sellers paying fees, it can be considered a legitimate business. An illegal pyramid scheme, on the other hand, compensates those at the top of the pyramid with participation fees paid by those recruited at the bottom. It eventually collapses when the scheme can't recruit more people. The people at the bottom of the pyramid, who have purchased products or paid membership fees, end up losing their investment. This kind of scheme is considered fraudulent.

What Is a Ponzi Scheme?

As with any fraud charge, prosecutors have to prove that you set out intentionally to defraud your investors or sellers. If you believed you had developed a legal business structure and have been charged with fraud, you will need a federal defense attorney to gather evidence that you did not commit fraud. As we said before, there is a fine line between a legitimate multi-level marketing company and a pyramid or Ponzi scheme. You need an attorney who understands where that line is and is committed to defending you against these serious federal charges.