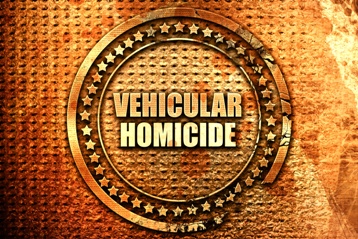 Car accident fatalities are terrible tragedies. Sometimes they are caused by a drunk or reckless driver, and other times, they are just the sad outcome of a mistake or misjudgment by another driver. Unless it is proven that the at-fault driver was reckless, he cannot be charged with vehicular homicide, a serious charge in Florida carrying severe penalties. If you were involved in a fatal car crash, you deserve representation by an attorney who will fight to make sure you are facing appropriate charges.

What Is Vehicular Homicide?

Homicide is the deliberate and unlawful killing of another person. In other words, homicide is murder. According to Florida law, vehicular homicide is “the killing of a human being, or the killing of an unborn child by any injury to the mother, caused by the operation of a motor vehicle by another in a reckless manner likely to cause the death of, or great bodily harm to, another.” The key to Florida’s definition of vehicular homicide is the lesser included offense of reckless driving. It must be proven that you were driving so fast or so aggressively that it was very likely that your actions would cause the death of another person. The law does not require “intent,” meaning that the prosecution does not have to prove that you were operating your vehicle recklessly with the intent to harm another person. They just have to prove that you were driving recklessly.

It is likely that you will be charged with some kind of traffic offense if you were found to be at fault in a fatal car crash, but a homicide charge is not always appropriate. Your defense attorney should do all he can to dispute the prosecution’s allegations of reckless driving. This might involve proving that you were not exceeding the speed limit by more than 20 miles per hour, that you were sober at the time of the crash, and that you were not using your cell phone behind the wheel. If your defense attorney can provide another cause for the crash, such as a third vehicle, poor road conditions, improper road signage, or that you suffered an emergency medical condition while driving, he should be able to introduce enough reasonable doubt to avoid a vehicular homicide conviction.