Was it Domestic Violence or Just an Argument? 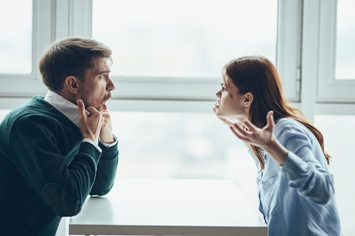 It is a rare couple who has never had an argument. In fact, some couples seem to thrive on knock-down, drag-out fights. But when does a dispute become abuse in the eyes of the law? If your partner is accusing you of domestic violence after a mutual disagreement, this is an important question to answer. If the police have been called, your first move should be to hire a Florida domestic violence attorney. These are serious charges, and you will need to mount a defense right away, even if your partner later changes her mind and refuses to press charges.

How Do You Defend Yourself Against a Domestic Violence Accusation?

It may seem like there’s a fine line between a physical fight and domestic abuse, but an experienced defense attorney will be able to make the distinction. True cases of domestic violence usually involve one or more of the following:

A Pattern Of Abuse

In cases of domestic violence, the abuse is ongoing and relentless, not just an occasional fight. There may have been several reports by the victim or medical evidence that the victim has been hurt frequently.

No Give And Take

Domestic abuse is a one-way street. Arguments are not back-and-forth debates, but one partner attacking the other.

When a partner uses violence or threats of violence to get the victim to do certain things or act a certain way, that is a sign of domestic abuse.

The goal of an abuser is to instill fear in his or her partner. In an ordinary argument, neither partner fears the reaction of the other. When a victim changes her behavior to avoid a reaction, she is living in fear.

Domestic violence does not have to involve a physical assault. Belittling, criticizing, threatening, and embarrassing a partner are considered emotional abuse. Saying a few mean things during an argument does not constitute emotional abuse.

When the police are called during a domestic dispute, they will want to make an arrest. If your partner tells the police that you were the aggressor or that it has happened before, that may be enough for them to charge you with domestic violence.