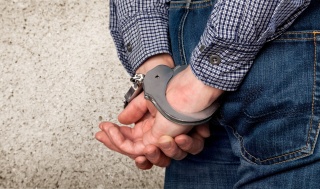 In late September, Miami-Dade County, along with the rest of Florida, were ordered by Governor DeSantis to allow bars and nightclubs to reopen. While this might be good news to people who have missed the Miami nightlife, you can be sure it will also come with an increase in sobriety checkpoints and DUI arrests. As a Miami DUI defense attorney, I am committed to protecting the rights of people charged with DUI.

Unlike Toilet Paper, DUIs Have Not Been in Short Supply During COVID-19

Even while dine-in restaurant service was limited and bars, nightclubs, and strip clubs were closed, DUI arrests continued to happen across Florida. In fact, police and prosecutors reported way back in April—only a month into the pandemic—that drunk driving arrests were on the rise. Some of the reasons they cited include:

With restrictions on socializing, more people have been drinking alone, or with just one or two friends, and are not designating a sober driver. Concern about sharing a car with an Uber or taxi driver because of the virus has also led more people to drive themselves when they shouldn’t.

Fewer cars on the road.

Especially in the early days of the pandemic, when more people were staying home, there were very few cars on the road, so police were able to easily target drivers who appeared to be impaired.

The stress of the pandemic, including job losses, food insecurity, evictions, and illness, have driven some people to drink more heavily than they did before. These people may be less aware of their limits and more likely to drive when they shouldn’t.

If the police were arresting people for DUI during the tough early days of the pandemic, you can be sure they are continuing to do so now. With colleges back in session and bars and nightclubs open again, drivers are at high risk of being pulled people over on suspicion of DUI. Police must follow strict procedures when making a DUI traffic stop and, if they don’t, the arrest could be overturned.

While it might seem like there are worse things going on in the world right now than your DUI arrest, it’s important to realize that when things get back to normal, you will still have the conviction on your record. Florida criminal courts are up and running, and the charges against you will not be dropped because of COVID. Contact my Miami office to discuss your options—or options for your college-age child—when you are facing a DUI.

Contact me online or call my Coral Gables office directly at 305.707.7345. You should also download my free book A Six Pack of Questions That Can Cause a Hangover After a DUI Arrest. This free download provides valuable information and answers to questions about DUI charges to give you the best chance at winning your case.