Are You Committing Internet Fraud Without Even Knowing it? We Defend People Charged With This Federal Crime 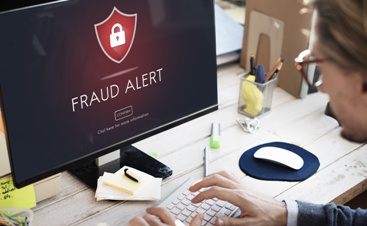 It may seem like the internet is a lawless land, but internet activity is actually heavily regulated by federal law and monitored by federal authorities. People who knowingly commit internet fraud think it’s impossible to get caught, and others don’t even know that what they are doing is a federal crime. We take a look at the various kinds of internet fraud and explain how we defend our clients in federal court when they have been charged.

What Is Internet Fraud?

Fraud is a broad term that covers a wide range of crimes involving theft by deception. In the last 10 or 20 years, using email, websites, social media, and other internet tools to commit fraud has become more and more common. In fact, it is now the most common way to commit financial fraud and identity theft. While fraud committed via the internet can be either a state or federal charge, the Federal Bureau of Investigation (FBI) targets the following kinds of internet crime:

Illegally accessing corporate or personal data that is stored on a computer or in a data center is known as a data breach. Viewing, copying, transmitting, or stealing sensitive, protected, or confidential information is a federal crime.

Taking over legitimate email accounts—or faking an email account to look legitimate—in order to conduct unauthorized wire transfers, obtain personal financial information, or to request payments from individuals or businesses is known as email compromise by the FBI and is a form of fraud.

Installing malicious software that is intended to damage or disable computers and computer systems is a common method of soliciting payments from an individual or corporation. Scareware is a similar scam in which a program is installed that looks like it can damage a system, but is actually an empty threat.

Illegally soliciting certain sensitive information or payments via email is known as phishing or spoofing by the FBI. It is a form of fraud and theft.

A form of malware, ransomware is frequently delivered through phishing emails to victims, resulting in the rapid encryption of sensitive files on a network. In order to regain control of their network, the victim has to pay a ransom, usually through some form of cybercurrency.

Stealing a credit card number from an unsecured website and using it to make purchases is considered credit card fraud, as is simply shopping online with someone else’s card without their permission.

Misrepresenting an item you have posted for sale on an online auction or marketplace site, or collecting payment and failing to deliver the merchandise, are common forms of internet fraud. If the transaction crosses a state border, it can be pursued by federal authorities.

While not a new crime, these kinds of schemes—including Ponzi and pyramid scams—have moved almost exclusively online. Offering low- or no-risk investments, guaranteed returns, overly-consistent returns, complex strategies, or unregistered securities by email or through fraudulent websites is a federal crime.

These days, almost any crime you can commit in person can be committed via the internet, resulting in serious federal charges.

How Can You Defend Yourself If You Are Accused of an Internet Crime?

In order to convict you of internet fraud, federal prosecutors will have to prove intent and provide irrefutable proof that you committed the crime—something that is not always easy to do when you’re dealing with a moving target like the internet. As your federal defense attorney, I will take one of several approaches, including:

Each case is as individual as the person facing charges. At the Izquierdo Law Firm, we will build a defense that works for your unique situation, utilizing computer experts, digital investigators, and an aggressive approach to protecting your rights.