Should I Talk to the FBI to Clear My Name in a Federal Criminal Investigation? 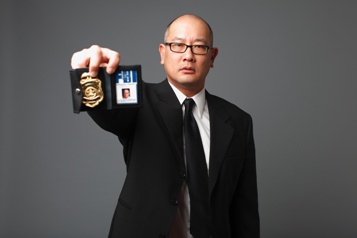 A federal law enforcement officer comes to your home or office in Miami, wanting a few words with you. You don’t want to appear suspicious, so you agree to answer questions. Before you know it, you are being charged with a federal crime. What went wrong? While you may eventually have to talk to federal law enforcement officers if you are the subject of an investigation, you do not have to do it without a lawyer present. In fact, we highly recommend that you do NOT talk to investigators without a lawyer, no matter how persuasive the FBI, DEA, or IRS agent is.

Why You Should Not Talk to Federal Agents

You may not be the target of a federal investigation when you are first contacted by federal agents, but if you say or do the wrong things, you could quickly become one. In the early stages of an investigation for fraud, money laundering, embezzlement, tax evasion, or drug trafficking, agents may talk to hundreds of people to try to identify everyone involved in the crime. By talking to an investigator without your lawyer, you risk:

Your smartest course of action is to tell the agent that you will not answer any questions without speaking to a lawyer. At that point, the agent will have to stop questioning you, and you will need to find a federal criminal defense attorney as soon as possible.

Don’t Talk to Anyone BUT Your Lawyer

Federal defense attorney Daniel Izquierdo advises his clients to not only avoid talking to investigators about a case but also to avoid talking to anyone other than their lawyer about it. Anyone you talk to could eventually be questioned by investigators, and anything you told them could be used against you. Also, people close to you may have already been contacted by federal investigators and agreed to cooperate with them to implicate you.

Have You Been Contacted By A Federal Agent?

When you are contacted by a federal agent, you have to make smart choices to protect yourself. Hiring the best federal crime defense attorney you can afford as soon as possible is the best way to protect your rights and get a shot at a fair trial. If you are facing a criminal charge in federal court, we should talk. Set up a Free 4-Point Case Evaluation and Defense Strategy Session with me by calling (305) 707-7345. As soon as I am on the case, I will take over all communication with federal investigators.