I was charged with email phishing. What does that mean? 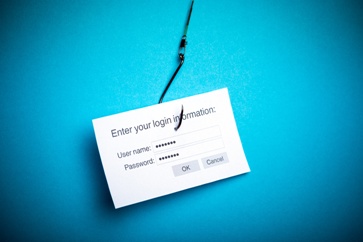 You might be trying to build your business by sending emails to lots of people, but if you ask for the wrong kind of information, you could be accused of a form of internet fraud and identity theft known as phishing. Because the fraud uses the internet and has the potential for inter-state crime, it is often pursued as a federal charge. Federal fraud charges should always be taken seriously. If you have been charged with internet phishing, contact our experienced Miami federal defense attorney to represent you.

What Is Illegal About Email Marketing?

It is perfectly legal to email people to try to solicit business. Think of all the emails you get from businesses every day with special deals, sales, and free offers. People might find it annoying, but there is nothing illegal about it. What pushes internet marketing across the line to become illegal phishing, however, is the content of the email and what it is asking the recipient to do. The following are illegal:

If you were charged with phishing, you will need to hire a defense attorney who understands the seriousness of the charge.

Proving the emails were not sent by you.

There is always an electronic trail that computer forensics experts can follow to figure out the origin of an email. If the prosecutor’s expert is wrong and the phishing emails were not sent by you, our experts will prove it.

Proving you had no intent to defraud.

You might have asked email recipients for information, not knowing it was illegal to do so. If a recipient misunderstood the email and later regretted a purchase, they might go to the police to accuse you of fraud, but those charges should not stand.

Showing the evidence against you was obtained illegally.

Law enforcement officers have to follow certain protocols when investigating a suspicion of fraud, even when it involves computers. If your rights were violated during the investigation, the evidence cannot be used against you.