Federal Child Pornography Charges Will Not Just “Go Away" 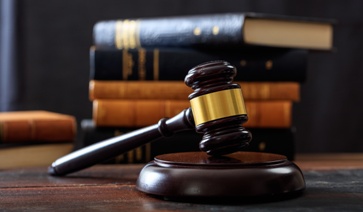 The biggest mistake people make when they believe they are innocent of the criminal charges they are facing is failing to defend themselves. They have faith that the truth will come out, and the charges will be dropped, or that they will be found not guilty at trial. Some people even think that hiring a lawyer and defending themselves makes them look guilty. The reality is that serious charges need to be taken seriously, even if you think you have been unjustly accused. A good example of a charge that should never be ignored is federal child pornography. You might think the feds couldn’t possibly have the evidence to convict you, but not building a defense could be a fatal mistake.

What Is the Federal Law Regarding Child Pornography?

It is illegal to possess, distribute, or receive sexually explicit visual content depicting children under the age of 18. Visual depictions include photographs, video, and digital images, including undeveloped film and electronically stored material, even if it has never been viewed. Computer-generated images that appear to depict an actual, identifiable minor can also be considered child pornography. An image does not have to depict a child engaging in sexual activity to be considered sexually explicit. If the subject of the image is naked and posed in a sexually suggestive manner, it could be considered pornography. Regardless of the age of consent in any given state, a minor is considered to be anyone under the age of 18 under federal law.

Possession includes physical possession of photographs and other print material, as well as videos in any format. Downloaded images on a computer or cell phone—even if those images have been deleted—or evidence that you searched for and viewed child pornography on a website are also considered forms of possession. If the internet was used to obtain or view child pornography, the case will usually fall under federal jurisdiction.

How You Could Be Charged With Possession of Child Pornography

If you are being investigated for child pornography, it is important that you call a defense attorney as soon as possible. An attorney can protect your right to due process and may be able to prevent charges from being filed in the first place. If you are charged, your attorney will investigate and consider the following arguments:

Depending on the circumstances of your case, your attorney will build an appropriate defense.

Don’t Risk Your Future by Not Defending Yourself

At Izquierdo Law Firm, we take your Constitutional rights very seriously. A conviction on child pornography charges will have serious consequences for your future. Don’t trust just anyone to defend you.