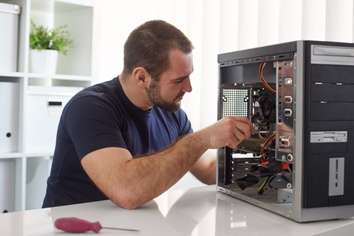 It is against both state and federal law to view, download, or store pornographic images of children on your computer. It doesn’t matter that your computer is private property or that you are viewing it in your own home. Investigators have ways of tracking online activity and may be able to locate you and seize your computer as evidence. Another way people have been caught with child pornography is by technicians hired to repair computers. If this has happened to you, it is important that you contact a criminal defense attorney immediately.

There have been cases where parents have been turned in by a photo processor or computer technician for innocent pictures of their children. In Florida, images must show children engaged in sexual conduct in order to be considered pornography. So pictures of children in the bath or of a woman breastfeeding are not illegal in Florida. However, federal law does not require that an image depict a child engaging in sexual activity, so these kinds of images could be considered pornography by federal investigators. If you are caught with images on your computer, you could be charged by state or federal authorities.

How Computer Technicians May Get Involved

In a case that made national news several years ago, it was discovered that computer technicians at Best Buy, known as the Geek Squad, had been paid by the FBI for over a decade to report evidence of cybercrimes, including child pornography, on customers’ computers. But even when employees are not paid informants, they could discover questionable material and call the police. These well-meaning citizens could be overreacting to perfectly innocent images, but you will still need a lawyer to protect your rights.

What to Do If You Are Reported in Miami

If you were reported to law enforcement for child pornography by a technician hired to repair your computer, call the Izquierdo Law Firm right away. If there is child pornography on your computer, it’s possible that it was obtained illegally. Even if the images are innocent, you could face serious charges in federal court, and you will need a federal defense attorney on your side.