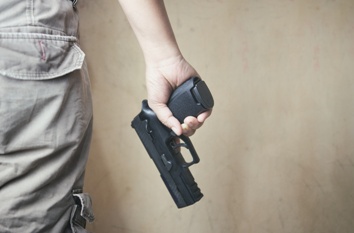 You believe you have the right to bear arms, but that’s no defense if you are arrested and charged with violating a federal weapons charge. If you are facing a firearms charge in Florida, you must understand who is charging you in order to hire an attorney who can best defend you in court. As both a federal and state criminal defense attorney, Daniel Izquierdo can help whether you have been arrested on a weapons charge by federal authorities or local police. Set up a free 4-Point Case Evaluation and Defense Strategy Session in our Coral Gables office to find out how Danny can help you or your loved one facing gun charges.

Where Federal Gun Laws Come From

Multiple federal acts regulate the purchase, possession, and use of firearms in the United States, including the National Firearms Act of 1934, the Gun Control Act of 1968, and the Federal Assault Weapons Ban of 1994. These Acts provide the basis for nationwide firearms laws, including the following:

With each presidential administration, new legislation is proposed. Conservative politicians tend to support less restrictive legislation while more liberal lawmakers push for more control over who can own what kinds of weapons and what they can do with them. As a result, these laws are constantly changing, and you need a defense attorney who is familiar with the most current laws.

Understanding the Federal Charges You Are Facing

If you are arrested by a federal law enforcement officer, such as an FBI, DEA, or ATF agent, you will be charged with a federal crime and will have to appear in federal court. Many of these charges carry mandatory minimum prison sentences. A few of the more common federal gun charges we see in Florida include:

Possession of a firearm by a felon.

Convicted felons are prohibited from owning or possessing a firearm. There is no mandatory minimum sentence, and the maximum sentence is 10 years.

Brandishing a gun while committing a violent or drug-related crime.

Threatening victims with a gun while committing a crime of violence or drug trafficking carries a mandatory minimum sentence of seven years.

Discharging a gun while committing a violent or drug-related crime.

Firing a weapon while committing a violent or drug crime carries a minimum sentence of 10 years, even if no one is injured.

Possessing certain weapons while committing a violent or drug-related crime.

Short-barreled rifles, short-barreled shotguns, and semiautomatic assault weapons are prohibited under federal law. Possessing these types of weapons while committing a crime carries a mandatory minimum 10-year sentence. Possession of a machine gun, destructive device, or firearm silencer in furtherance of a crime of violence or drug trafficking carries a minimum penalty of 30 years in federal prison.

Committing one of these offenses for a second time will generally double the mandatory minimum sentence.

In addition to facing these weapons charges, you may also be facing drug trafficking, domestic violence, or assault and battery charges. Prosecutors often move to have sentences served consecutively, meaning that one sentence will not start until the other is over.

Why You Need a Federal Defense Attorney

Federal gun charges carry serious penalties, including life in prison. These cases are tried in federal court, and you need an attorney who is experienced with federal gun charges and is admitted to practice in federal court. These cases are complex, and your attorney must understand how the federal sentencing guidelines work and how they will affect you.