When Facing Drug Trafficking Charges in Florida, You Need an Experienced Defense Attorney 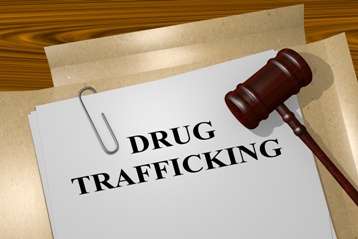 If you have been arrested in Miami and charged with drug trafficking, you could be facing a long prison sentence and a hefty fine. This is a serious charge, and you should seek advice from an experienced drug crimes defense attorney as soon as possible. At the Izquierdo Law Firm, we have successfully defended these kinds of drug charges, and we would be happy to take a look at your case and let you know if we can help.

Why You Need the Best Defense Possible

The difference between simple drug possession or possession with intent to distribute and drug trafficking is the quantity of drugs involved. Under Florida criminal statute 893.135, a trafficking charge can be brought against “any person who knowingly sells, purchases, manufactures, delivers, or brings into this state, or who is knowingly in actual or constructive possession of” an illegal substance in certain large quantities. The amount of the drug that raises a possession charge to a trafficking charge varies according to the drug. For example, possession of 25 pounds of marijuana or 28 ounces of cocaine would be charged as trafficking.

Drug trafficking offenses carry mandatory minimum sentences in Florida according to how much of the drug you are caught with. For marijuana, for example, you will get three years in prison and a $25,000 fine for 25-2,000 pounds; seven years and $50,000 for 2,000-10,000 pounds; and 15 years and $200,000 for more than 10,000 pounds. Obviously, the intent behind this law is to stop large-scale drug operations, but sometimes, innocent people or small-time users or dealers are caught in this very aggressive net.

In reviewing your drug trafficking case, we will consider the following possible defenses:

If the state doesn’t have sufficient evidence to prove all aspects of the charge, we will uncover that and exploit it.

Illegal search and seizure or other forms of procedural misconduct mean the case against you could be thrown out.

If you were pressured by police or informants to commit a crime you wouldn’t have otherwise committed, you could have been a victim of entrapment.

We may be able to get the charges against you reduced to possession in exchange for something the prosecutor wants, such as the name of a dealer or supplier.