If You Are a Repeat Offender in Florida, You May Face a Mandatory Minimum Sentence 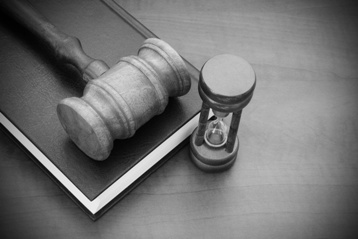 As a criminal defense law firm, we do all we can to secure the least punitive outcome for our clients. However, when it comes to repeat offenders in Florida, it becomes much more difficult to argue for leniency. This is because Florida allows for sentence enhancements to be added to the typical sentence for a given crime if the defendant is a repeat offender. It is up to the prosecutor to decide whether to pursue a sentence enhancement in a particular case. The enhancement that can be added depends on the defendant’s criminal history. At the Izquierdo Law Firm, we explain these possibilities to our clients and do all we can to protect their rights.

As a repeat offender, a defendant could be classified as one of the following and will be subject to the sentence enhancements available to the prosecutor:

If the offender has been previously convicted of two or more felonies, not including convictions for possession of a controlled substance, he may be sentenced as a habitual felony offender. Sentence enhancements for an HFO include life in prison for a first-degree felony, up to 30 years for a second-degree felony, and up to 10 years for a third-degree felony.

If at least one of the two previous felony convictions was for a violent crime, such as aggravated assault, armed burglary, manslaughter, or sexual battery, the prosecutor could pursue sentence enhancements similar to an HFO, but without the possibility of release for the first 15 years for a first-degree felony, ten years for a second-degree felony, and five years for a third-degree felony.

If the accused committed a new violent crime within three years of being released from prison, or while a fugitive or escapee, he will be required to serve his entire sentence and will be ineligible for early release under any circumstances.

These are clearly very strict sentences and do not allow for plea bargaining or other negotiations based on the defendant’s individual circumstances. If a prosecutor decides to put an offender into one of these categories, he will need a skilled defense attorney to fight for him.

What Can a Defense Attorney Do to Fight a Sentence Enhancement?

The prosecutor cannot pursue a sentence enhancement without notifying the defendant and his attorney of his intention to do so. This gives the accused an opportunity to defend himself against the designation. A successful defense will depend on proving that the defendant does not meet the criteria for the particular designation being pursued by the prosecutor. We have provided a simplified version of the four categories here, but there are actually quite a few standards to meet within each category. If a prosecutor is misrepresenting the accused’s criminal record, a defense attorney may be able to get the sentence enhancement overturned.

Repeat Offenders Should Talk to the Izquierdo Law Firm

It is not easy to defend against a sentence enhancement if you are a repeat offender, but Attorney Danny Izquierdo will do his best to aggressively represent you. If the prosecutor is overreaching in claiming that you are a habitual offender or career criminal, Danny will present evidence to prove this. It is important that you act quickly if you are arrested and charged as a repeat offender.