How an Effective Defense Attorney Reduces the Chance of Repeat Offenses 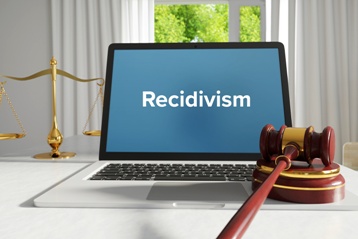 In Florida, approximately 33 percent of convicted felons will be caught committing another crime within three years of their release from prison, and as many as 65 percent will be arrested again within five years. This rate of repeat offenses is known as recidivism, and it is a major problem in the criminal justice system across the United States. If serving time in jail doesn’t convince someone that crime doesn’t pay, what does? One answer may be staying out of jail in the first place. This is where an experienced and aggressive defense attorney can help.

What the Experts Say

One of the biggest factors in keeping a released prisoner from committing another crime is stable employment. When a former prisoner is able to get a well-paying job upon his release, he is much less likely to re-offend. However, when a criminal history and prison record show up in a background check, an employer is unlikely to hire that applicant. Another factor that contributes to recidivism is poor mental health. Prison is a dehumanizing and stressful environment that lacks adequate mental health services. Released prisoners often struggle with mental health issues such as depression, anxiety, and anger disorders that make it impossible to hold down a job. Without an income or a place in society, these people often revert to the criminal activity that sent them to prison in the first place.

How a Strong Defense Can Help

Clearly, staying out of prison is the best way for a defendant to turn his life around. When facing a serious criminal charge, it is always worth it to hire the best defense attorney you can afford to get the optimal outcome. This could mean avoiding the most restrictive prison, serving less time, or avoiding prison altogether. Arguing for probation, time served, house arrest, or other alternative forms of punishment could mean the difference between a life in and out of jail and the opportunity to turn over a new leaf.

Danny and his legal team are well aware of the long-term consequences of a prison sentence. Not only can it affect the defendant for the rest of his life, but it affects his family in the long term as well. That is why Danny fights hard to get his clients acquitted. If his client is convicted despite his efforts, he will argue for the least severe punishment possible.