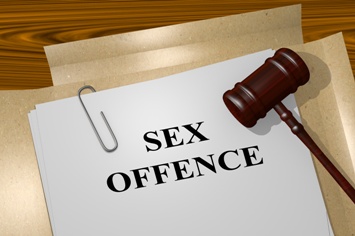 Florida is tough on sex offenders, so it is vital that you take a sex crime accusation very seriously—even if you are innocent and think the accusation will be dismissed. People often worry that they will look guilty if they take certain steps after an accusation, but the reality is that you need to do everything you can to protect yourself when facing such a serious charge. Criminal defense attorney Daniel Izquierdo explains what you should do to protect your rights when you are accused of a sex crime in Florida.

Types of Sex Crimes in Florida

Sex crimes fall under several categories in Florida. While it is no excuse in the eyes of the law, we sometimes represent clients who did not know they were committing a sex crime until they were charged. The following are a few of the sex crimes that can be charged in Florida:

This broad category of sex crimes includes rape, sexual assault, sex with a child, and solicitation of a child under 18 years old. Aggravated sexual battery may be charged when a weapon is involved, the victim is unable to resist, or threats of force are used.

These offenses include indecent exposure, molestation, exhibition over a computer service, exhibition in the presence of a child, or any of these acts targeting an elderly or disabled person.

The commission of a sex act for money is illegal in Florida. Soliciting a child or traveling to meet a minor for sex are also crimes that fall under Florida’s prostitution and solicitation laws.

Sexual misconduct can include sexual interactions with a patient, client, disabled person, inmate, or others in a vulnerable position by a person in a position of trust or power.

If you are accused of any of these sex crimes, it is important that you take steps to protect your rights.

Although you might believe that under our criminal justice system, you are innocent until proven guilty, sex crimes often don’t proceed that way. Even an unfounded accusation can ruin a person’s professional and personal reputation. If you have been accused of one of the sex crimes listed above, you must begin building your defense immediately. Steps you should take right away include the following:

The first thing you should do is hire legal representation, even if you are innocent. Calling an attorney is not an indication of guilt. Instead, letting a lawyer take over communicating with the police and prosecutors is the smart thing to do.

Don’t Talk to the Police

The less you say to the police before you talk to a lawyer, the better. Again, this does not mean you are guilty. Rather than trying to tell your side of the story at the time of your arrest, leave that up to your attorney.

Your lawyer will help you gather the evidence needed to prove your innocence. This may include creating a timeline, finding witnesses to corroborate your story, and securing lab tests.

Do Not Speak to the Accuser

People accused of sex crimes often think they can talk the accuser out of pressing charges, particularly if the accuser is someone they know. Don’t make this mistake. You should never talk to the accuser about the charges.

The most important takeaways here are to remain silent and call an attorney when you are facing a Florida sex crime.

Are You in Need of a Florida Sex Crimes Defense Attorney?