Accused of Sex Crime in Florida? Don't Make These Mistakes 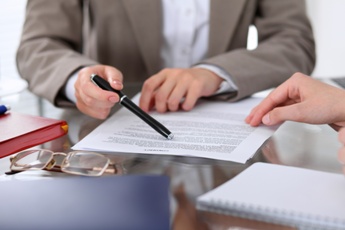 The accusation may have come out of the blue, or you may have had an idea it was coming, but either way, it’s important for your future that you take any accusation of a sex crime very seriously. What does this mean? For one thing, it means avoiding some of the mistakes other people in your situation regularly make. Even if you are sure of your innocence, what you do in the early days of the investigation could have a major impact on how the case proceeds. Find out what NOT to do here.

What to Avoid When Accused of a Sex Crime in Miami

Sexual assault allegations are on the rise across the country. Thanks in part to the MeToo movement, more people—women and men—are coming forward to report what they believe to be inappropriate and illegal sexual contact. As the accused, you might think you have nothing to worry about if you know the incident in question was just a misunderstanding, but the actions you take when you first learn of the accusation will speak much louder than your words. That is why it is important to your future that you avoid the following:

Assuming It Will Just Go Away

Sex crimes often come down to a “He said, She said” situation. It would be a big mistake to assume that your word will be enough to avoid being charged, even if you believe you are innocent. Ignoring an accusation is the worst thing you can do. Instead, you should assume there is evidence against you and take legal steps to protect your rights. Remember, even the mere accusation of a sex offense can ruin a person’s life. If you are questioned about a sex crime, do not assume it will all be o.k. because you know you are innocent.

Talking To The Police

You might think that telling your side of the story to the police will be the quickest way to clear things up—but you would be wrong. Never assume that law enforcement is on your side. Their job is to investigate an accusation against you and, no matter what they might say to get you to open up, they are on the accuser’s side—not yours. Skilled investigators have lots of tricks up their sleeves to get you to talk, but you should never answer more than a few basic questions before asking for a lawyer.

Trying To Reason With The Accuser

If the accuser is someone you know, you might think you can convince him or her to drop the charges by explaining your actions or apologizing. However, this could backfire in multiple ways. The accuser could record the conversation to use as evidence against you, or you could become angry and make yourself look guiltier. It is best to avoid your accuser altogether.

Sharing Anything On Social Media

Not Calling A Lawyer Right Away

The number one mistake people make when accused of a sex crime is not calling a lawyer on day one. Contrary to popular belief, not calling a lawyer does not make you look less guilty. Instead, it puts you at risk for getting into deeper trouble than you are already in. As soon as you know you have been accused, call an experienced criminal defense attorney.

Your future is too important—don’t leave anything to chance when you have been accused of a sex crime in Miami.

Do You Need a Florida Sex Crimes Defense Attorney?