You Could Face Domestic Violence Charges in Florida for These Actions 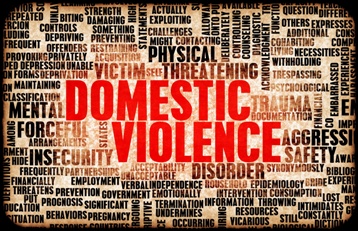 Maybe an argument got a little out of control. Or maybe your partner just decided she’d had enough of the yelling. For whatever reason, you now find yourself facing domestic violence charges, and you feel you are being wrongly accused. Even if you did not mean to harm your partner, as a victim, she has options for bringing charges against you. It’s important that you understand what actions could be considered domestic violence under Florida law and that you get the legal representation you need to protect your rights when you are charged.

Florida law defines domestic violence as any “assault, aggravated assault, battery, aggravated battery, sexual assault, sexual battery, stalking, aggravated stalking, kidnapping, false imprisonment, or any criminal offense resulting in physical injury or death of one family or household member by another family or household member.” While the statute seems straightforward, each of these charges is open to interpretation by your partner and by the police. For example, you might be angry and yell at your partner with no intention of causing physical harm, but she could claim that she feared for her safety and have you charged with assault. Examples of other ways Florida law can be interpreted to falsely accuse you of domestic violence include the following:

No matter how sure you are of your innocence, a domestic violence charge should never be taken lightly. All too often, these charges come down to a “He said, she said” situation. Without skilled representation from an experienced criminal defense attorney, you are at risk of jail time for a crime you didn’t commit. Florida has some of the toughest domestic violence laws in the country. This is great news for real victims of abuse, but if you are the victim of a vindictive partner who is out to get you, you need to get help today.

Have You Been Accused of Domestic Violence in Florida?