Why Law Enforcement Is Suspicious of Bitcoin Transactions 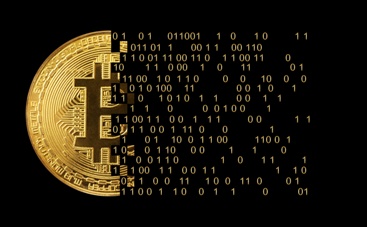 You may be conducting totally legitimate business online, but if you are using bitcoin or another form of cybercurrency, you could attract the interest of federal investigators. Not only could your transactions be traced, but you could be targeted in a sting operation. It is important that you understand your rights and call a defense attorney who understands this growing field if you have been arrested or are under investigation.

Bitcoin has been around since 2009, and it has been implicated in some serious international crimes. It has become the currency of choice for online drug dealing, blackmail, ransom, online scams, and money laundering. One thing the feds figured out pretty quickly is that, unlike cash, cybercurrency leaves an electronic trail that can sometimes be followed back to the perpetrator of a crime. A highly publicized example of this was Homeland Security’s takedown of the online drug and illegal document market known as Silk Road in 2011. Because of its use in high-profile crimes and the ability to track transactions from an office, cybercurrency activity is often under intense legal scrutiny.

State and Federal Laws Try to Keep Up

As the use of cybercurrency has increased, state and federal judges and lawmakers have had to scramble to figure out how to apply existing financial laws. In 2019, a Florida appellate court made a decision in State v Espinoza that set a precedent for considering cybercurrency to be of monetary value and, therefore, subject to financial laws just like cash and other forms of payment. This was an important decision because it means that existing laws regarding fraud, money laundering, extortion, and other crimes can apply to situations involving bitcoin as well as traditional currency.

You may feel like there is anonymity behind a bitcoin transaction, but there is not. If you are being investigated or have been charged with a crime involving bitcoin in the Miami area, you should contact a defense attorney who is familiar with this emerging area of the law as soon as possible. Attorney Danny Izquierdo accepts cases involving cybercurrency and would be happy to offer a free 4-Point Case Evaluation and Defense Strategy Session. Fill out our contact form to get in touch with us today.