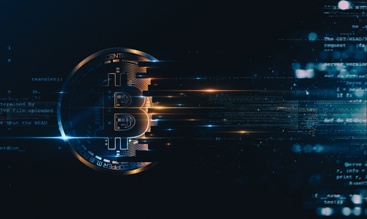 It’s not easy for the law to keep up with technology. As we develop new ways of communicating, conducting business, and interacting with others, existing laws no longer apply. As a result, police officers and prosecutors may stretch or misapply an old law to the use of new technology. It takes a criminal defense attorney who not only understands the law but who also understands the technology in order to defend someone facing these kinds of charges. One example of an old law being applied to new technology is a recent Florida case involving the sale of the cybercurrency, bitcoin.

First, let’s understand what we’re talking about here. Bitcoin is a monetary currency that was created in 2009 for people to use to buy goods and services online. You can “buy” bitcoin just like you might buy Japanese yen with U.S. dollars before traveling to Japan. While bitcoin was initially used to book hotels and shop in online stores, as its price began to skyrocket, people started to see it as a way to get rich. Trading in bitcoin has become a high-risk hobby for some. Others have taken advantage of the anonymity it provides to conduct illegal business—such as buying and selling drugs or weapons—online. Because of this, law enforcement has targeted bitcoin deals in an attempt to catch someone in the act of committing a crime.

How Is Selling Bitcoin a Crime?

Internet crime divisions are fairly new at police departments across the country. Using an online alias, officers in these divisions regularly try to bait people into committing crimes. These stings are often used as a way to catch child predators, weapons dealers, and prostitutes. A 2013 Florida operation, however, went after a different kind of crime. Posing as a small-time crook, a Miami Beach Police Department (MBPD) officer bought bitcoin from an online dealer. After making several transactions over a period of a few months, the MBPD arrested the dealer and charged him with money laundering and transmitting money without a license. The defendant’s legal team argued that Florida’s money transmission law does not apply to bitcoin, and the jury agreed.

The state of Florida appealed the decision, however, and the appellate court reversed the trial court’s decision. In its 2019 decision, the court concluded that the defendant was acting as a money transmitter, which, according to Florida law, is an entity that “receives currency, monetary value, or payment instruments for the purpose of transmitting the same by any means.” By extension, the court also concluded that bitcoin can be considered a “currency, monetary value, or payment instrument” for the purposes of the law. The defendant was found guilty of transmitting money without a license.

What Could This Mean for You?

The decision reached in State v. Espinoza could have far-reaching implications. If you have been charged with fraud or another crime involving cybercurrency such as bitcoin, you need a defense attorney who understands what you are facing. If you are buying and selling bitcoin, you could be charged with any of the following:

If you are conducting online business, even if you are using cybercurrency and not traditional money, State v. Espinoza sets a precedent that you could be charged with any number of state or federal crimes.

As a criminal defense attorney who defends both state and federal crimes, Danny Izquierdo is prepared to handle cases involving any type of cybercurrency, including bitcoin, litecoin, ethereum, XRP, EOS, tether, and monero. Regardless of the nature of the crime, Danny will prepare a strong defense and fight to protect your right to fair treatment under the law. If you've been charged with a federal crime, you need to speak with an experienced federal crime attorney as soon as possible. Contact us online or call our Miami office directly at 305.707.7345.