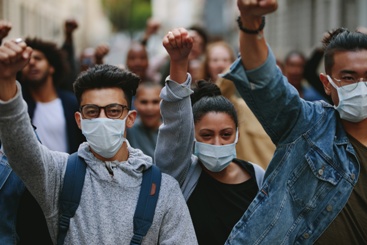 When injustice occurs, people often take to the streets to voice their anger and frustration with society. Our rights to free speech and peaceful protest are supposed to protect us when we march for a cause, but unfortunately, it doesn’t always work like that. If you or someone you care about was arrested during a protest, talk to our criminal defense attorney about your options for defending yourself. Mistakes are often made by police in the confusion and chaos of a demonstration and you need someone with legal knowledge to build your defense.

Reasons for Arrests During Protests

The police cannot arrest you for walking down the street or for carrying a sign. However, plenty of arrests are made during protests, and they are usually for the following reasons:

In times of unrest, cities often issue curfews to keep people off the streets at night. Miami, which had a curfew in place during the stay-at-home order, issued curfews during the recent demonstrations. Most of the arrests made during the protests were for violating curfew.

This is kind of a catch-all charge that is often used to round people up. If protestors are ordered to disperse and police believe they are not complying, they can be arrested and charged with failure to disperse.

Throwing bottles or rocks at police officers, starting fights with counter-protestors, shouting obscenities, and other such actions can be considered disorderly conduct. However, what a police officer decides is disorderly and what you believe is an expression of free speech may clash and lead to your arrest.

Looting and theft sometimes accompany demonstrations, especially at night. In the chaos, however, the police may arrest the wrong people.

During protests and demonstrations, we see video on the news of people smashing windows, starting fires, and damaging police vehicles. These people can be charged with vandalism and worse, but innocent bystanders are often caught up in the sweep.

To make matters worse, police sometimes use videos taken at chaotic demonstrations to try to identify suspects and arrest them after the fact. This tactic leads to all kinds of problems, including racial profiling and false arrest.

Call Danny Izquierdo If You Were Arrested for Protesting

Often, once the dust settles after days of protests and dozens of arrests, prosecutors choose to drop many of the charges. However, if the charges against you are not dropped and you are looking at a criminal record and jail time, you need a defense attorney willing to fight to protect your rights. Contact me in my Miami office today!