Can an accuser prove a domestic violence charge without evidence? 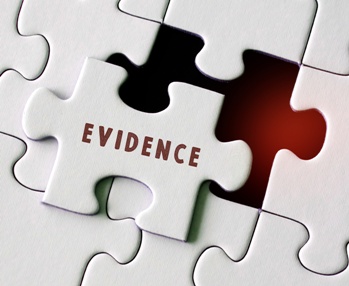 As with any criminal charge, it will be up to the prosecutor in a domestic violence case to prove in court that a crime was committed and that the defendant is guilty. They do this by presenting evidence. If your partner has accused you of domestic violence, you may believe that there could not be evidence that proves your guilt. However, you might be surprised by what the state presents at trial.

In order to prove a domestic battery case, the state will have to provide evidence that shows one of the following:

Photographic and medical evidence that the accuser was injured is not enough to prove that the defendant caused the injuries and did so intentionally. The prosecutor will have to present evidence that corroborates the accuser’s story and establishes intent.

Evidence That May Be Used to Prove Your Guilt

You might be confident that no such evidence exists, but prosecutors are very resourceful when it comes to gathering evidence to support a domestic violence charge. A key piece of evidence will be the accuser’s statements and testimony in court but, even if the accuser has changed his or her mind about testifying, the state may still have enough evidence to convict you. Potential sources of evidence include:

Tech experts can pull text messages, voicemail messages, and emails from your cell phone and computer. If any of the communication can be viewed as threatening or angry, this could establish a motive for the alleged attack.

Investigators will talk to neighbors and others in the area at the time of the alleged abuse. They may have overheard a fight—either on the day of the alleged incident or on another occasion—that could make you look guilty.

Traffic, security, and porch cameras may have captured images of you coming or going from the accuser’s home. Bystanders’ cell phone videos may also provide evidence of your whereabouts and verbal or physical altercations between you and the accuser.

The police will photograph the accuser’s injuries when they respond to the call. Further medical exams could provide evidence of how the injuries occurred. Could the bruise have been caused by a fall, or did someone clearly grab the victim’s wrists? Medical experts will answer these questions in court.

You cannot refute all of this evidence on your own.

If you have been arrested and charged with domestic violence, you need to call an attorney right away. Believing in your own innocence and being confident that there is no evidence to prove your guilt will not be enough to protect your reputation and your freedom if your case goes to trial.

Charged with a Crime in Florida? The myths, rumors and hearsay your "friend" told you about Criminal Court can ruin your life and land you in jail.Request Information
En Español