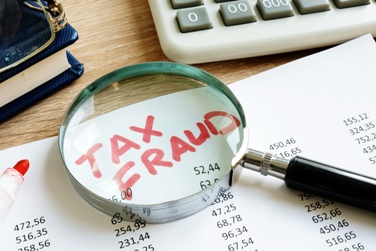 There is no doubt that the U.S. Tax Code is complicated, especially if you are self-employed or have unconventional sources of income. However, no matter how confused you might be about your income taxes, if you don’t pay what you owe and you are caught, you will face serious penalties. Depending on how you handle the audit, those penalties could be fees and fines, or they could be poverty and prison. If you are in over your head—which many people are when it comes to income tax—contact a federal defense attorney as soon as possible to discuss your options.

What Is Tax Fraud?

Simply put, if you purposely don’t pay the taxes you owe, you are committing fraud. The key here is intention. The IRS doesn’t pursue criminal charges against everyone who fails to pay the income taxes they owe, but if you are audited and continue to evade and deny, you could end up in serious legal trouble. Some indications of fraud that auditors will look for include the following:

Omission of a source of income.

A typical reason for fraud charges is failing to reveal a source of income to the IRS. If you have a side job that pays cash, you might think you are under the IRS’s radar. But if they catch wind of this income, you will have to pay back taxes. People often get caught when someone they did work for submits a form to the IRS as documentation of their expenses.

You might think that hiding additional sources of income in a bank account that you don’t list on your tax return is a foolproof way to avoid paying taxes, but the bank is required to report interest earnings to the IRS, so the IRS can easily see that you have failed to report an account.

If you are contacted by the IRS and asked for additional information, you might try to buy time by claiming ignorance, dragging your feet in locating documents, refusing to respond to emails and phone calls, and engaging in other delay tactics. Not only will refusing to cooperate anger the auditor, but it will make you look guilty.

Ultimately, you cannot claim that you didn’t know you owed taxes if you are caught telling lies when you are asked direct questions. The IRS would not audit you unless they had credible evidence that you did not pay the taxes you owe, so lying about income, bank accounts, side jobs, and deductions is not a smart move.

You may not agree with the law requiring you to pay federal income tax, but that excuse does not stand up in court. If you are contacted by the IRS, and you know you have evaded paying taxes, you would be wise to contact a federal defense attorney to create a plan of action.

Penalties You Could Face If You Are Convicted of Tax Fraud

If you made an honest mistake on your tax form—or you cooperated when accused of intentionally filing a false return—you will likely only face a civil financial penalty. However, if you committed a more serious offense, such as underreporting income, failing to collect employment tax, making false statements, or over-reporting expenses, you could face criminal charges and:

Conviction for a single count of tax evasion can land you in prison for five years. Conviction on multiple counts will significantly increase your sentence.

In addition to other fines and penalties, you will also likely be ordered to pay the taxes you failed to pay.

With the help of a defense attorney, you may be able to negotiate for probation instead of a prison sentence.