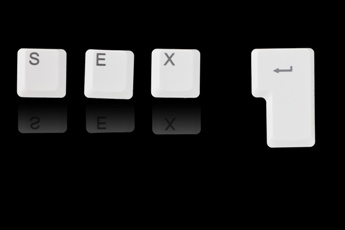 In the age of the internet, it’s more important than ever to understand where the line is between your right to privacy and breaking state and federal law. You may think that if you are on your computer at home and never speak to or meet anyone in person, you can’t be charged with a serious sex crime. However, both federal and state of Florida laws prohibit certain online sex-related activities and carry severe penalties. If you are arrested and charged with an internet sex crime in Miami, don’t assume it won’t be a big deal because you didn’t come in contact with an actual person. Call our sex crimes defense attorney to discuss your options right away.

The most serious internet sex charges in Florida involve interactions with children. While you may be within your rights to view certain kinds of pornography and to have sexual encounters with adults online, you cross a line when these activities involve minors. The most common computer-related sex crimes charges in Florida are:

Soliciting A Minor To Commit A Sexual Act

Emailing, direct messaging, texting, communicating through gaming platforms, messaging through Snapchat, or any other kind of digital interaction with a person under the age of 18 could lead to a solicitation charge. Solicitation may involve trying to arrange an in-person meeting or asking a minor to provide pornographic images of him or herself. It will not matter to police or prosecutors if you were unaware of the victim’s age.

It is illegal to view or download sexually explicit images of children on your computer or cell phone. Even if images are not saved to your device, if they were viewed from your computer or phone, they could still be found by a digital forensics expert.

If there is evidence that you shared pornographic images of children, you will face more serious charges than simple possession charges. Promoting or producing child pornography carries a state penalty of up to 30 years in prison. Federal consequences are even more severe.

Claiming ignorance or denying that you were the one using the computer will only get you so far with police when you are charged with an internet sex crime. Before you say anything to investigators, you need to speak to an experienced Miami sex crimes attorney.

Both federal and state agencies aggressively pursue online sex crimes involving minors. So aggressively, in fact, that they sometimes violate the rights of suspects. Our first job as your defense attorney will be to evaluate the methods used by law enforcement to gather evidence against you. A few of the things we will look at include:

Crimes involving the internet, computers, cell phones, and other devices are highly technical. Using computer and technology experts, we may be able to counter the evidence presented by the prosecution.