I was charged with unemployment insurance fraud. What should I do? 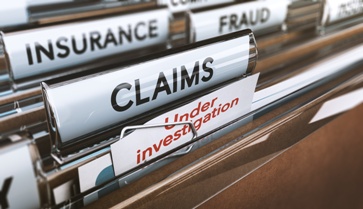 After reaching an all-time high of 14.7 percent in April, the unemployment rate across the U.S. dropped to 8.4 percent in August. This means that 13.6 million Americans were still out of work in August as a result of the coronavirus shutdowns last March. In Florida, the unemployment rate was at 11.3 percent in July, higher than the national average, and an increase from June. In an effort to help people who lost their jobs due to COVID-19, the federal government expanded states’ ability to provide unemployment benefits through the CARES Act in March. Almost as soon as these programs rolled out, applicants were being investigated for fraud. If you are one of them, you need to hire a federal defense attorney.

What Is Unemployment Insurance Fraud?

Collecting unemployment benefits when you are not entitled to them—or helping someone else get benefits they haven’t earned—is considered a form of fraud and is illegal. Given the expanded coverage provided by the CARES Act, millions of Americans who had never collected unemployment before suddenly found themselves applying. Not all of these people should have applied, and many were approved who shouldn’t have been, but in order to be charged with a crime, you must have:

Whether you set out to defraud the Florida Department of Economic Opportunity (DEO) or you are a victim of an overzealous investigator, when you are charged, you need an attorney who will fight for you.

Fraud charges should never be taken lightly. When you work with my defense team, we will build the strongest possible case to achieve the best outcome. Appropriate defenses might include:

Have You Been Charged With Florida Unemployment Insurance Fraud?

If you are suspected of unemployment insurance fraud, you need an experienced criminal defense attorney in Miami. Please feel free to contact me online or to call my Coral Gables office directly at 305.707.7345. You can also request my free book, The Ultimate Guide to Fighting Criminal Charges in Florida. Don’t leave your freedom or your reputation to chance. Hire a lawyer who will fight for you!