Why You Should Fight a Domestic Violence Injunction 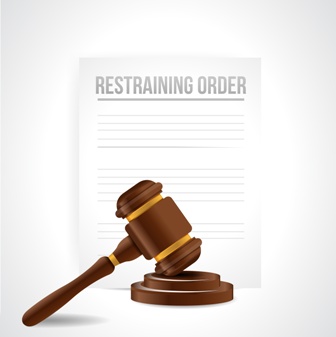 Your domestic partner has called the police on you after fights several times. You haven’t been arrested, so you might think the calls are harmless. However, even if the police don’t arrest you, your partner could file for a domestic violence injunction or restraining order. While this is not as serious as a domestic violence arrest and conviction, it can have a long-term impact on your life, and you should hire a lawyer to help you fight the injunction.

How Accusers Can Get a Domestic Violence Injunction

These kinds of restraining orders are fairly easy for accusers to get. They simply have to file a petition with the court claiming they feel they are in imminent danger. The judge can issue a temporary injunction with no input from the respondent. The temporary injunction lasts for 15 days, during which time a full hearing will be scheduled. Depending on the terms of the injunction, this could mean that you will have to leave the family home immediately and that you will not be able to contact your partner or see your children. As soon as you are informed of the temporary injunction, you should contact a defense attorney to prepare for the hearing.

Why it Is Worth Fighting an Injunction in Florida

You might decide to just give your partner the space she needs and not fight the injunction. Many people in this situation assume the partner will come to her senses eventually and dissolve the injunction, and everything will be all right. However, having a domestic violence injunction against you will affect:

You may not have a criminal record, but having a domestic violence injunction against you could affect the outcome of a divorce, including the equitable distribution of property and spousal support payments.

A documented history of violence, such as an arrest record or domestic violence injunction, will likely make it very difficult for you to get custody of your children, or even to have unsupervised visits.