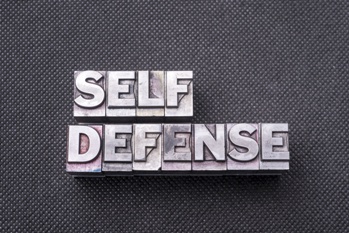 Florida is well known for its strong “stand your ground” laws. Under these laws, citizens are justified in using force to protect themselves from an imminent threat. It doesn’t matter if the threat is coming from a stranger or a family member. If you believe your life is in immediate danger, you can fight the attacker off. The key to this defense, however, is being able to provide evidence of the imminent threat to prove that your actions were justified. This is not easy to do when facing charges of domestic violence.

Florida courts are sympathetic towards victims of abuse, particularly female victims. When a dispute escalates to the level of involving law enforcement, what happened often comes down to a “he said/she said” situation. If the woman shows clear signs of injury and claims she was attacked, she is often believed over a male partner. The facts of the case may be that she came after you with a knife, and you knocked her down to protect yourself, but without evidence such as eyewitness testimony or surveillance video footage, it will be hard to prove.

Risks of a Self-Defense Argument

Arguing self-defense can be risky because, in order to claim you were defending yourself, you have to admit that you were there, there was a fight, and you caused the accuser’s injuries. When claiming self-defense, the burden is on you and your attorney to prove the following:

You Faced An Imminent Threat

This is the hardest piece to prove. If your accuser is smaller and weaker than you, it will be hard to prove that you truly felt threatened. However, if you can prove she had a weapon, your self-defense claim will be more likely to succeed.

A Reasonable Person Would Have Done The Same Thing

If the accuser was seriously injured, you would have to show that your response was reasonable, given the circumstances. Any evidence that you continued to injure your partner after the imminent threat was stopped will hurt your defense.

You Did Not Provoke The Original Threat

If you did something to provoke the attack that you then had to defend yourself against, your self-defense argument would likely be defeated. For example, if you violated a restraining order to visit your partner, claiming self-defense would not make sense.

Without strong, irrefutable evidence on your side, a self-defense argument may not be the way to go when you are charged with domestic violence.