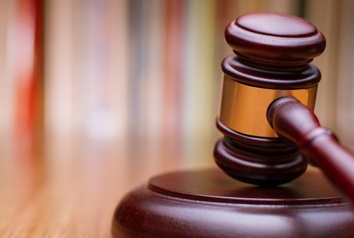 Sex crimes carry serious consequences in Florida. A conviction on a sexual battery charge could mean many years in jail and little chance at a decent life even after you are released. There may be no way to avoid a conviction when you are charged with sexual battery, but when you work with an experienced defense attorney, you may be able to avoid the harshest penalties. Miami criminal defense attorney Daniel Izquierdo will review your case and discuss your options with you.

The penalties you face for a sex crime will depend on the circumstances surrounding the incident, the age of the victim, and your relationship to the victim. The prosecutor will decide what charges you will face based on these factors and the strength of the state’s case against you. Your defense attorney will get to work right away protecting your right to fair treatment and arguing for the least serious charges possible. Types of charges and their consequences include the following:

Charged as a second-degree felony, this crime carries a punishment of up to 15 years in prison and fines up to $10,000. If it is charged as a capital felony, it carries a sentence of life in prison and a fine of up to $15,000. The severity of the charge will depend on factors such as whether a weapon was used, if drugs were used to incapacitate the victim, and if the defendant has a record of sexual offenses.

Sexual Battery Of A Child

This crime is often charged as a capital felony with a penalty of life in prison. Florida courts may also impose the death penalty.

In addition to prison time and fines, convicted sex offenders must also register as a sex offender and could struggle to find housing, employment, maintain custody of children, and much more.

What a Florida Defense Attorney Can Do

There are several tools in a defense attorney’s box to help a client avoid the harshest penalty. The attorney may be able to argue for a less severe charge. For example, he may argue that the victim was not incapacitated, so a charge of aggravated sexual battery should be reduced to second-degree sexual battery. He may also be able to enter into plea negotiations to reduce your sentence. If you admit fault, name other participants, or agree to certain terms and conditions, you may be offered a lighter sentence.