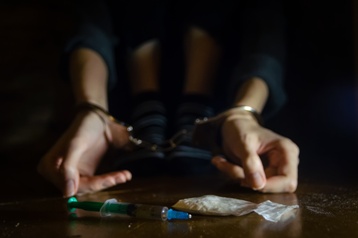 You were not caught with drugs in your possession. You were not arrested in the middle of a drug transaction. You did not fail a drug test. And yet, you have been arrested and charged with the serious crime of drug conspiracy. How can this be? Miami criminal defense attorney Danny Izquierdo explains what this charge is and why you need to take it very seriously.

Drug Conspiracy Can Be a State or Federal Charges

The first thing to figure out is who is charging you. If you were arrested by the FBI or DEA, you are facing federal charges. If you were arrested by local or state law enforcement, you are facing state of Florida charges. Even though the charge of drug conspiracy is the same, the legal process and penalties you face are very different. Make sure the attorney you call is qualified to handle the kind of charge you are facing. The Izquierdo Law Firm takes both state and federal drug conspiracy cases.

What Is a Conspiracy Charge?

This charge is often brought when law enforcement wasn’t able to catch a suspect in the act of a drug transaction or when investigators are hoping to scare someone who played a minor role in a crime into revealing the names of other participants or providing information about a drug deal. It is also sometimes added to other drug charges, such as possession or trafficking. Regardless, this is a serious charge with severe penalties, and you should seek legal representation right away.

What You Need to Know About Drug Conspiracy Charges

Conspiracy charges are unique in many ways because the charge involves planning a crime rather than actually committing a crime. The act of planning the crime IS the crime in this instance. It’s important to understand the following key points about a drug conspiracy charge:

Other federal charges, such as money laundering, drug trafficking, and wire fraud are often brought against defendants charged with drug conspiracy.

Penalties for a Drug Conspiracy Conviction

The penalties you face for a drug conspiracy conviction will depend on the type of drugs involved. Under mandatory federal sentencing guidelines, you will face particularly harsh sentences for drug convictions involving heroin, cocaine, methamphetamines, and opioids, and less time for drugs such as marijuana or prescription medications. The state of Florida also takes drug convictions very seriously, and those convicted in state court will face harsh penalties.